If your gums feel itchy or tingly, then you may be at a loss as to where the feeling comes from. Your gums have never felt this way before. However, there are a few reasons why this happens. What are the most common ones?

Sometimes, gums itch because they are having an allergic reaction to something. This can be a side effect of common allergies, for example, such as hay fever or food intolerances.

If the itching is caused by this kind of reaction, then the chances are you have other symptoms as well. For example, if you have hayfever, then you probably also have itchy and watery eyes and some breathing changes.

If your gums are the only affected part of your body, then you could be having a different kind of allergic reaction. For example, if you've just started using a new toothpaste for the first time, then you may be slightly allergic to it. New medications can also cause this problem.

Gums can feel itchy and tingly as they heal. This sometimes happens after an accident that damaged parts of the gum or after some dental treatments.

For example, if you've recently had a dental operation that involved cutting into the gum, say during a wisdom tooth extraction, then your gum has to heal. As it does, it may feel itchy and irritated.

If you have a lot of plaque sitting on your teeth, then this can affect the gums. This also sometimes happens if the plaque hardens and turns into tartar.

Here, the film of plaque or hard spots of tartar basically irritates the gums if they sit close to them. So, they may feel like they itch at times.

Gum disease problems, like gingivitis, can make your gums feel different. Again, this is sometimes down to an excessive amount of plaque or tartar around the gum line. These substances can get under weakened areas and cause irritation.

Typically, at this stage, you'll notice other problems with your gums as well. They might hurt a little, especially after brushing, and feel swollen. You may also see some bleeding in the area.

If you have any unusual feelings in your gums, like itching or tingling. then make an appointment to see your dentist. They can diagnose where the problem comes from and, if necessary, treat it for you. 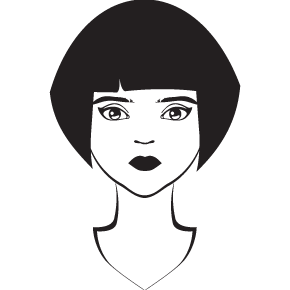 When I got my dental implants installed, I just wanted my mum as I was recovering. However, she lived thousands of miles away, and I had to take care of myself. Luckily, I learned all of the best ways to soothe my mouth after implants. If you've just got implants and your mum isn't there to help you through the recovery, let me and my blog stand in for her. In this space, we're going to look at every aspect of the recovery process from what to eat, how long to take pain killers and more. I hope you enjoy a speedy and comfortable recovery, and that my blog helps.